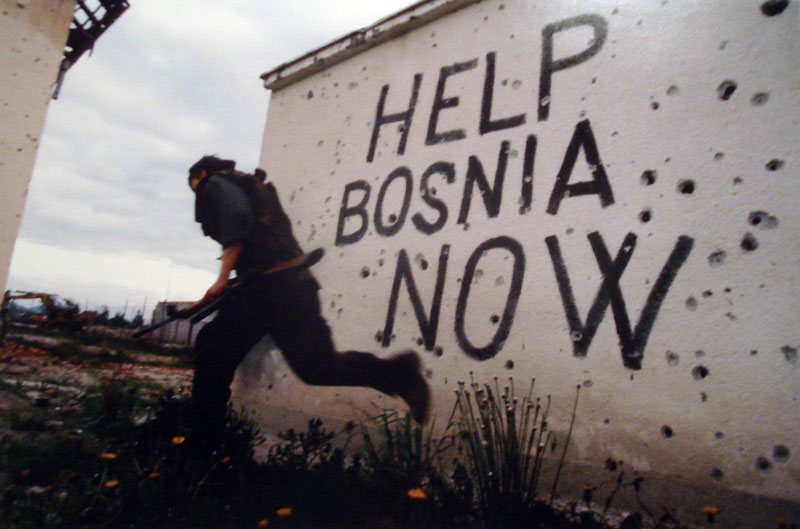 This project aims at a better understanding of processes of post-conflict peace building through a comparative evaluation of efforts at state building in East Timor, Bosnia and Kosovo. Through research conducted by experts and practitioners in Europe and East Asia and a systematic comparison, we expect to be able to focus on lessons to be learned from experiences in the three case studies. Emphasis in the project will be on practical aspects of peace building through state building.

The project will be conducted from spring 2001 to spring 2002. A first workshop was held already in London in March; a second, larger workshop bringing together the researchers with outside experts, is scheduled for October 2001 in Indonesia. The findings will be integrated in a short, policy-oriented summary of the “lessons learned” and in a larger, book-length study. They will be published electronically and in print and distributed, through the network of affiliated institutions, in East Asia and Europe. The project is conducted in the context of the Council for Asia Europe Co-operation, a network of East Asian and European think tanks, and is being co-ordinated by Tadashi Yamamoto of the Japan Center for International Exchange in Tokyo and Prof. Dr. Hanns W. Maull, University of Trier. Funding has been secured from the Japanese government and from the German Ministry of Foreign Affairs.
Introduction

The project will focus on the following six areas of priorities for research:
1) Law and Order,
2) Political System,
3) Economic Development,
4) Administrative Capacity Building,
5) External/Military Security and the Military, and
6) Intervening Institutions.

The terms of reference for the Task Force work are summarised below:

(1) Law and Order
These papers (one for Europe and one for Asia) should assess, by analysing the experiences in the case studies, how law and order can be (re-) established after an intervention with the help of international institutions and the international community. The research should particularly focus on three aspects, namely:
§ Internal Security. How has it been ensured? Which were the specific constraints for the intervening institutions? How have they dealt with those constraints? Measures and specific problems concerning the prison system, the establishment, training and control of the police force, as well as measures against organised crime and corruption should also be discussed under this topic.
§ Legal and Judicial System. How has it been organised? What were the most effective means to deal with the specific difficulties in the country under analysis? Which were the main constraints for the intervening institutions when re-building the legal and judicial system? How have they dealt with them, and which lessons can been drawn from those experiences?
§ Dealing with the past. How has the past been addressed, in particular from the legal point of view (International Courts, truth commissions, other, not at all)? Which measures have been chosen to deal with war criminals and questions of guilt and repentance? How effective have they been, in the view of the authors?

(2) Political System
The papers dealing with the political system should contain analysis on the system of government, political participation and articulation and reconciliation.
§ Under the first topic, the formal established governmental system should be discussed rather briefly. More important are probably aspects of co-governance between the intervening institutions and constitutional or extra-constitutional local structures and actors. An essential issue in this context is the tension between “international tutelage” and leaving executive power to local institutions. Which were the main constraints confronting the intervening institutions when re-building the political system? How were they addressed? How effective have the programmes been? What can we learn from that experience?
§ With regard to issues of political participation, the following questions should be addressed: Which model of power-sharing underlies the political system? Which role do political parties play in the process of re-building the political system? What have the intervening institutions done to develop participation? Does the electoral system contribute to stable political majorities and which is the contribution of elections to the state-building process? The papers should also deal with the relationship between politics and society. How does civil society work, if at all (role of interest groups, media, NGOs, etc.)? Which avenues for political articulation exist? To which extent were the social structures destroyed and what measures have been taken to reconstruct the civil society and to support a democratic political culture?
§ The third aspect concerns the issue of “dealing with the losers” of civil strife. The authors should explain the patterns of co-existence or subjugation between the new rulers and those groups which they had replaced. The papers should also discuss measures taken by the intervening institutions to improve inter-ethnic relations.

(3) Economic Development
The papers on economic development should outline the approaches followed to establish working economical structures and explain the relevance of external assistance. Which measures have been taken to improve the infrastructure (education, health, etc.) and to reconstruct agriculture/industry? Which specific institutions have been built up and which policies have been launched? How do international organisations try to guarantee a fair distribution of the financial assistance? Which problems did arise from rigid bureaucratic structures, the shadow economy and black markets? Which means did prove suitable to cope with them? Which approaches to improve regional economic co-operation do exist? Authors should discuss progress achieved and give insights into the main problems of re-building successful economical structures. They should also reflect on future chances for sustainable economic development.

(4) Administrative Capacity Building
Authors dealing with this issue area should concentrate on the re-building of administrative structures. Apart from the formal establishment of institutions, measures concerning organisation and training of the civil service should be described. Questions like the following should be taken into consideration: How well-endowed is the country examined in human resources? How successful do international institutions work together with the local ones? Which were the main problems in setting up effective administration? How have the intervening institutions dealt with the problems?

(5) External/Military Security
Under this topic, measures taken to guarantee external and military security should be analysed. Authors should focus on three aspects: First, problems of dismantling remnants of violence should be taken into consideration. This concerns in particular questions of disarmament and the reintegration of former combatants and the proliferation of small arms. Second, authors should deal with confidence- and security building measures like disarmament and arms control, as well as with issues of restructuring armed forces and civilian control of military affairs. How did the intervening institutions contribute to these processes? Third, specific problems concerning military and external security should be described and analysed. What concepts, what principles inform external security policies? Who has been in charge? What have been the problems encountered? What are the perspectives for regional integration of the country?

(6) Intervening Institutions
In these papers the authors should identify key external actors and discuss their main strategies of state-building and their interactions. Who are the key external actors? How are the problems and their causes perceived by the them? Which approaches have been chosen to re-build the state? Which are the specific constraints confronting the intervening institutions? Which role do the international institutions play in relation to local ones (leader, mentor, etc.)? How are measures taken by various international actors (governments, International Organisations, NGOs) co-ordinated? Did they succeed in establishing a functional co-operation network? Do they follow a general road map and do they have an exit-strategy? What problems arose in the implementation of the intervention strategies, both concerning the measures on the ground and international co-operation? How were they addressed?
Project and Research Design

Each individual paper should be about 10-20 pages in length. The analysis should be introduced by the author´s overall assessment of problems in the specific field of research (1 -3 pages). In the following section, the specific questions raised above (or others which the authors consider crucial or particularly pertinent in their respective field of analysis) should be discussed with regard to the specific situation in the country under study (7 – 15 pages). The analysis should conclude with broader reflections by the author on lessons to be drawn from the country under study, as well as – possibly – from other cases of international state building in the region (for example, the paper on East Timor might also draw on experiences from UNTAC in Cambodia to supplement the main body of analysis) (1 – 3 pages).

The scope of the individual papers and the issues seen as deserving particular attention are summarised in Annex I. Obviously, the authors should see these as guidelines, to be followed as closely as possible to ensure comparability, but also to be adjusted flexibly in the light of their superior experience and knowledge wherever necessary. The most important question that should be kept in mind throughout is the following: Which lessons for future state-building processes can be drawn from the experiences in the examined cases? Papers should be available by Sept.1 for review; the organisers will then provide comments to authors for possible amendments and revisions.

b) Conference
There will be a conference organised to review the findings of the research and discuss them in the light of practical experiences. To achieve maximum practical relevance, the conference will bring together a dozen experts and practitioners from Europe and Asia to comment and elaborate on the research papers, injecting their own experience into the process of reviewing the experiences. Thus, there will normally be, on each of the six topics, four participants, two each from Europe and Asia: two paper writers and two experts with practical experience, who will often have worked directly on the problems concerned.

The third step in the project will be the integration of the findings for dissemination and injection in the policy process. This will be done by the two project co-ordinators, Jusuf Wanandi and Hanns W. Maull. Their summary paper will identify the principal “lessons learned” and drawn conclusions from them.

The integrated will serve as the basis for briefing relevant international institutions, and in particular the OSCE, the ARF and the DPKO at the United Nations, about the results of this study. Findings will also be published through the home pages of think tanks connected to this project, and as a booklength study (to be published by JCIE in Tokyo).

The Ministry of Foreign Affairs in Japan has decided to provide financial support for this project in the order of $ 30.000. The German Foreign Ministry will support the project with a grant of DM 67.500.